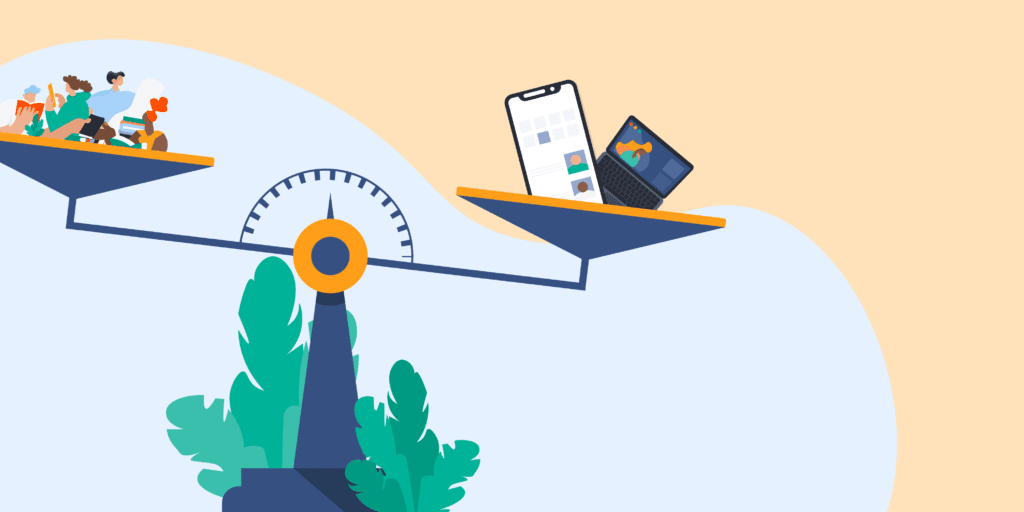 Today, we are living through some destabilizing societal changes caused by scientific progress that bring many promises but also a few significant risks.

More fundamentally, the novel relationship to life, resulting from recent major crises (ecological, health, and geopolitical), is profoundly shifting lines and paradigms in a work environment.

Faced with such a societal transformation, companies have no choice but to prepare for this new era as it may turn harmful to those who won’t be able to adapt in time.

The Decline of Human Relationships

Already since the arrival of smartphones, we see personal screens continuously occupying one’s personal space. Such virtual silos can isolate individuals even when they are in a community. An entire family gathered around a meal can have everyone absorbed in their digital bubble without no real interactions.

Since confinement, professional videoconferences have replaced physical meetings and eroded the conviviality filtered by screens.

Work from home seems to have taken over office life, thus threatening the very essence of organizations formed by the “company” (companionship) of employees.

Many testimonials confirm that offices are often empty or under-occupied, despite their size being already reduced by hot desking initiatives.

Thus, nowadays, the main goal of human resources is to attract talent not only to the company but also to its premises.

Employees have found themselves isolated from their familiar ecosystem, even when working from the office way too often, e.g. when their colleagues didn’t show up on-site on the right day or in the right workspace.

Such “ghosting” dispatches the reasons to commute, and, therefore, kills the community. Going to the office to meet the others but ending up spending a day on Teams alone in the open space is not acceptable more than a few times!

Before, we moved places to find a job and settled in near the office.

Today, we change companies like Covid changes strains, without even leaving our homes.

This phenomenon, made possible by the popularization of working from home and the downturn in the job market, is overall positive for employees.

Some even started their very first job confined to their homes, without meeting anyone from their team for months. This is very similar to the freelance model and not at all to the traditional employee one!

But how is it possible to work without having a professional network already established within a company? It is well known that networking is the best ally for professional performance. By encouraging social distancing, we cut ourselves from the major asset of professional, individual, and collective success.

After a few years of confinement, we are also well aware today that if screens allow us to connect, it is done in an imperceptibly dehumanizing way.

There is no more vital space for informal or convivial conversations as technologies take precedence over physical life. Both are essential, though. The power of serendipity around the office coffee machine should not be undervalued.

“In medio stat virtus” (Aristotle). Every virtue is in the middle, in a good balance between two excesses. Let’s say “no” to a full-remote work or 100% in the office!

The question is, hence, how to ensure a fair balance is established within and between hybrid teams.

Combining the Best of Both Worlds

Neuroscience teaches us that concentration times are optimized in solitude and that social bonding and oxytocin flourish in the co-presence of others.

The optimal rhythm between face-to-face and remote is therefore to be found both individually and collectively. A lack of coordination between the two would harm the collective.

Faced with this unprecedented difficulty of absence without absenteeism, companies still prefer to let social distancing interfere rather than lose their employees by imposing on them a return on, from now on, a new social asset.

Especially since the beneficial effects of working from home on overall performance are more tangible in short term. Everything else, from psychosocial risks to the loss of culture linked to social distancing, is like an inescapable time bomb if not managed in time.

That is why, more than ever, the purpose of the company must be to work in line with the employees’ expectations to renew their loyalty and commitment to the working community. Authentically deployed values ​​alone will guarantee success in this area. The rest will be swept away like a straw in the wind.

Moreover, a good command of digital tools, providing collective agility and good coordination of spaces and schedules, is another important way to render collective and individual autonomy more flexible.

Towards a Liberated Company

Presence in the office will no longer be an action by default but a conscious decision. It will become a presence for and with the others, with the place, and with the environment.

This individual and collective empowerment can breathe new life into companies whose raison d’être will be worked on, integrated, and experienced at each level of the company.

The global crisis we have just experienced will then bear fruit of transformation, beneficial for many! 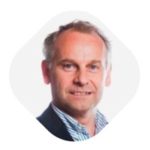 Let’s not Rush the Transition to Hybrid Working 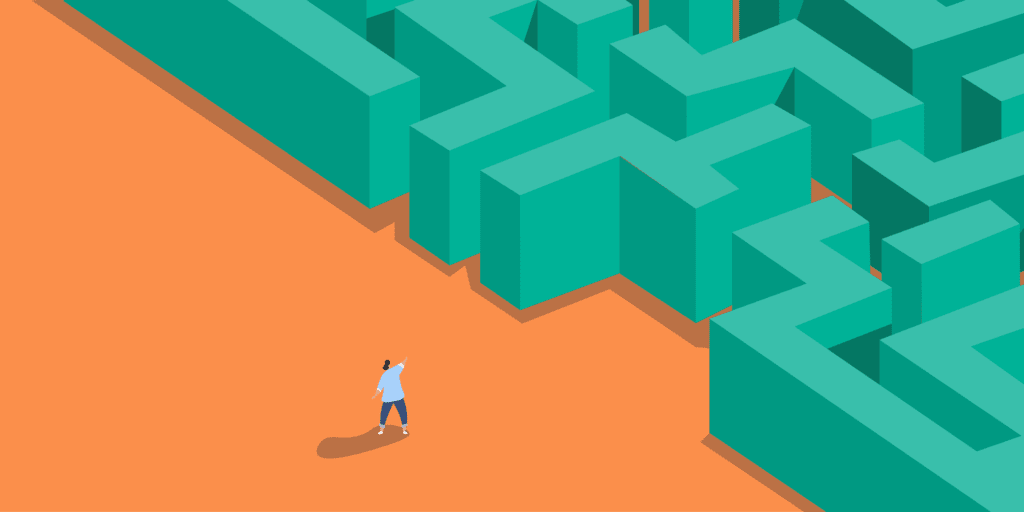 Our Take on Hybrid Work Challenges